March 30, 2018
It's been a long time since I've had a blog entry, but that doesn't mean that my BCS friends haven't been reading! Today we have a review of the Amulet series which has been a big hit among the fourth and fifth grades. Take a look and let me know what you think! 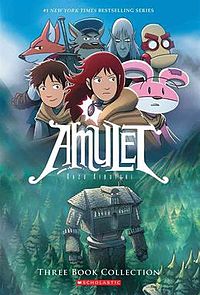 Amulet Series
By:Wesley Charles Hart
Have you seen the Amulet (By Kazu Kibuishi) books? If you haven't you should! There are seven books. You can read them all. Book 8 is coming out in September. I have three reason why Amulet books are the best!

Reason one that Amulet is the best book ever is because you can get hooked on the first three pages and by the end you will be impatient to get the next book.

The second reason is that you get to meet lots of different characters and different machines too. It is a great series.

Finally, it’s almost the same as Star Wars; cool machines, walking robot houses, giant robots fighting people, spaceships, and best of all amulets and elves (the ones that follow the elf kings are bad).

I hope you try the Amulet series!

Popular posts from this blog

Penny and Her Song 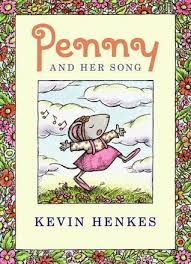 Today we have a review by Ella Cook in 2R. She read the book, Penny and her Song , by Kevin Henkes. Penny and Her Song by Kevin Henkes Penny kept on trying to sing her song. Penny was the main character. She was a mouse and she had a love of music. I liked that it had a happy ending. Ella, thank you so much for taking the time to share this book with us. Just like you, I love a happy ending!
Read more 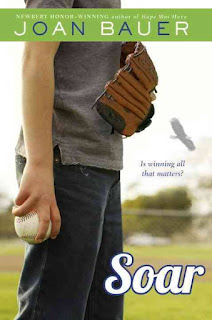 Sharing Stories Back in October I made a post about the book, Soar,  by Joan Bauer. I hadn't thought much about the book until Wesley came home with it the other day. We were talking about it again, and I was reminded of what a great and powerful book it is. Thinking about this book also took me back to what we were doing while we listened to it. I can remember exactly where we were when the conversation below occurred (we were on the highway, driving home from Augusta). I can feel how happy I was to be with my kids after they were away for the night, and how great it was to have this love of sharing stories with them (or at that moment, just Wesley!). I can still hear Esther in the back seat wishing it was over, and Wesley and I trying to shush her and say it almost was.  Books have power. When we read them, they become a part of us, a part of our memories, and a part of our being- much like music. Sharing them with those you love is special. It gives you something t
Read more

Ready Freddy and the Gingerbread Jitters 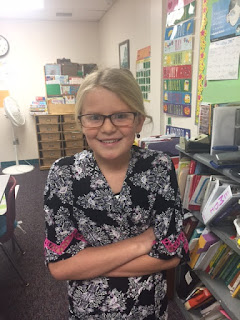 Ready Freddy is always a favorite series! Today, Averi G. in 3L is going to review,  Ready Freddy and the Gingerbread Jitters  by Abby Klein. This is a perfect book as Christmas approaches! Ready Freddy and the Gingerbread Jitters by Abby Klein I like this book because I like gingerbread houses. In it, Freddy took some shaving cream and was making a Santa beard. Then Freddy climbs a tree and breaks his arm. At school he makes gingerbread houses. I recommend this book to people who like Ready Freddy. One thing I don't like are the Freddy's Fun Pages because they make the book longer and my mom makes me read them.  Averi, thank you for sharing this book with our readers! I know many of them enjoy our friend, Freddy.
Read more